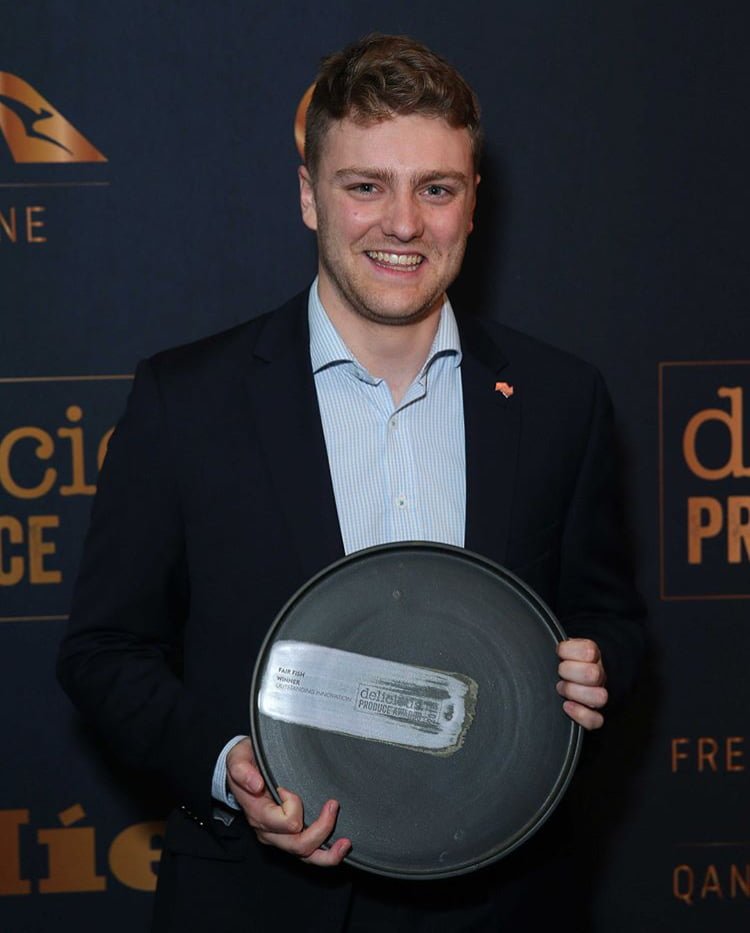 The community-supported fishery model won the Outstanding Innovation trophy at the delicious magazine awards in Sydney on August 13.

The project received funding from Farming Together to establish the direct supply model including a mobile phone app and a website. The group, initiated by Wildcatch Fisheries SA, has reached its target 20 of Adelaide’s top restaurants.

Winning the innovation award was only part of the group’s success said project officer Tom Cosentino (pictured with the award, right). It has earned fishers more money, improved the confidence of the fishing community of the whole state and broadened the public palate for less-common fish – improving the industry sustainability.

Tom said: “The project has increased the confidence of fishers in many coastal communities in SA. This is evidenced by the growth of the pilot program participants to 12. The fisher base continues to grow beyond the scale fishery, with prawn and two crab fishers now involved.

“Fair Fish facilitated relationships which opened new markets for fishers. By-catch, which was traditionally released or sold as bait made it onto the menus of several of Adelaide’s best restaurants. Fishers enjoyed prices up to 300% in some instances, on the sale of secondary and tertiary species,” he said.

“The increased margin allows fishers to make any change required, but also to fish less and have more time for administration, training or time with their families.”

Farming Together program director Lorraine Gordon said: “Fair Fish has been one of the stand-out projects supported by Farming Together. It had solid member involvement from the outset and well-chosen targets. Now it has industry accolades.”