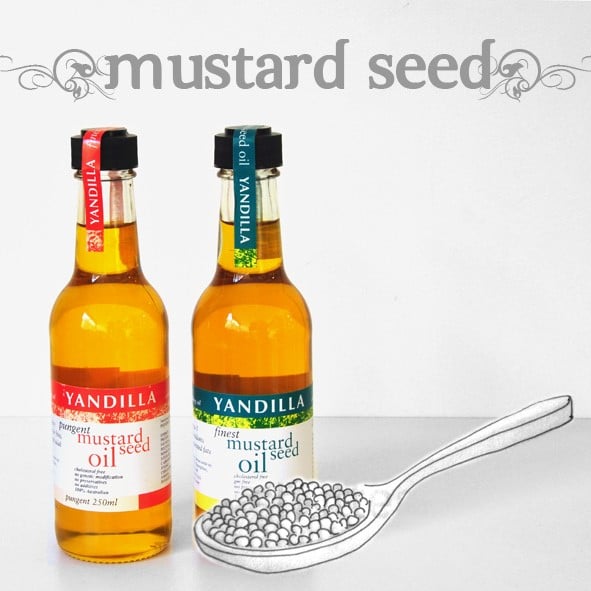 27 February 2018: A New York judging panel has honoured an emerging specialty crop that Farming Together is helping expand.

A mustard seed oil produced by Yandilla Mustard in central NSW scored a bronze medal in the US Specialty Food Association’s sofi Awards.

Farmer/processor Viv Weatherall said the award in the ‘nut and other oil’ category “came as a bit of a surprise”.

The 2017 sofi winners were selected from 3000 entries by a panel of 62 culinary experts in a blind tasting.  For more than 45 years, the sofi awards have played a critical role in honouring and advancing culinary excellence and creativity worldwide; sofi stands for ‘specialty outstanding food innovation’ and the awards represent the best of the best in the specialty food industry.

The oil is currently sold in the US through a distribution company. Mustard seed oil is common in Indian cuisine and is gaining popularity among chefs worldwide for its wasabi-type heat and high smoke point.

Yandilla Mustard started about 30 years ago in Wallendbeen, southern NSW, by the Wetherall family and has grown to produce 200 to 300 tonnes of mustard seed annually. The enterprise has received $200,000 in support from the Farming Together program to develop a grower-owned oil processing facility.  The project is being aided by David Ward, a Dubbo agronomist.

He said: “The potential for mustard and its products are endless. With the ever-growing demand for non-GMO, traceable healthy foods, antibacterial products … and even fuelling jumbo jets … mustard will soon bloom across the cropping belts of Australia.”

Farming Together program director Lorraine Gordon said: “We congratulate Yandilla Mustard for its recent award and hope it will prompt more export sales.”