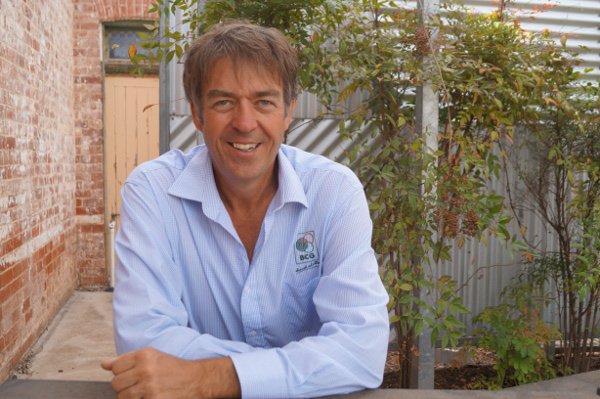 Chris Sounness, CEO of the Victorian farmer-owned Birchip Cropping Group, believes in the power of a data co-operative. He says that big data drawn from farm operations is a commodity worth collecting, and a co-op could be the structure to store it.

Birchip Cropping Group, based in the Wimmera and Mallee districts, is exploring this. The group has 40 farmers who have bought weather stations that will be interconnected to upload data to a single, shared source.

BCG, as a farmer-owned entity, has a natural advantage in pioneering the shared system, Mr Sounness says.

It is a trusted entity for farmers to aggregate their information in. BCG is now trying to ascertain if farm businesses are willing to invest.

“At the moment farmers have got the data on the USB, on their harvester, in their head, in the notepad that’s been through the washing machine, on their worker’s phone or on their own phone which fell in the trough,” Mr Sounness said.

According to Mr Sounness the challenge is getting farmers to see value in collecting and curating their data.

“Currently farmers have to do some data collection for compliance but it is rarely done with passion,” he said.

“Unless they’re passionate about it, technology won’t go far.

“We need to create an environment where they want to curate and it is rewarding.”

One suggestion is too reward farmers in some way for contributing data.

“The farmer has got to feel it leads to better decisions,” Mr Sounness said.

“They’ve got to feel it’s going to be worth their while.”

Mr Sounness suggested that co-op members should be custodians of the data and its use may be best governed by contract law.

“We all need education to ensure the farmers get the benefit of their efforts,” he added.

As technology rapidly changes and advances, one of BCG’s key tasks will be to keep on top of new and emerging technologies to identify which ones increase farm profitability and to ensure their members have the skills to take advantage.

The Birchip Cropping Group (BCG) was founded in 1992 by a group of farmers who were keen to see research support grain growing. Initially it was known as Birchip Cropping Demonstration Sites. Today BCG boasts over 400 family farms as members, supported by 20 staff. BCG’s mission is to improve the prosperity of Australian broad acre farmers through science-based research, and extension. In 2016 is managing 120 trials (12,000 plots) sown across 40 sites throughout the Wimmera Mallee. Only 5 per cent of BCG income comes from membership fees BCG’s scope has increased to encompass research trials, social research, major events and extension in all aspects of farming including agronomics, farming systems, climate, plant nutrition, crop diseases, weed and pest management and risk management.

For collaborative models to work, sometimes someone needs to take a leap of faith. BCG was able to start when a member donated 40 acres of land for growing trials. Agronomic support was then donated. Evaluate what demand there is for the support you are offering. BCG received over 500 attendees to their first field day. In 2015, 23 years later, BCG events continue to attract large crowds. They knew from this they were supporting an area where significant demand existed. Look for value-add areas related to your core business. BCG is in the area of science-based research and information sharing. Collaborative data collection and dissemination seems a natural progression.