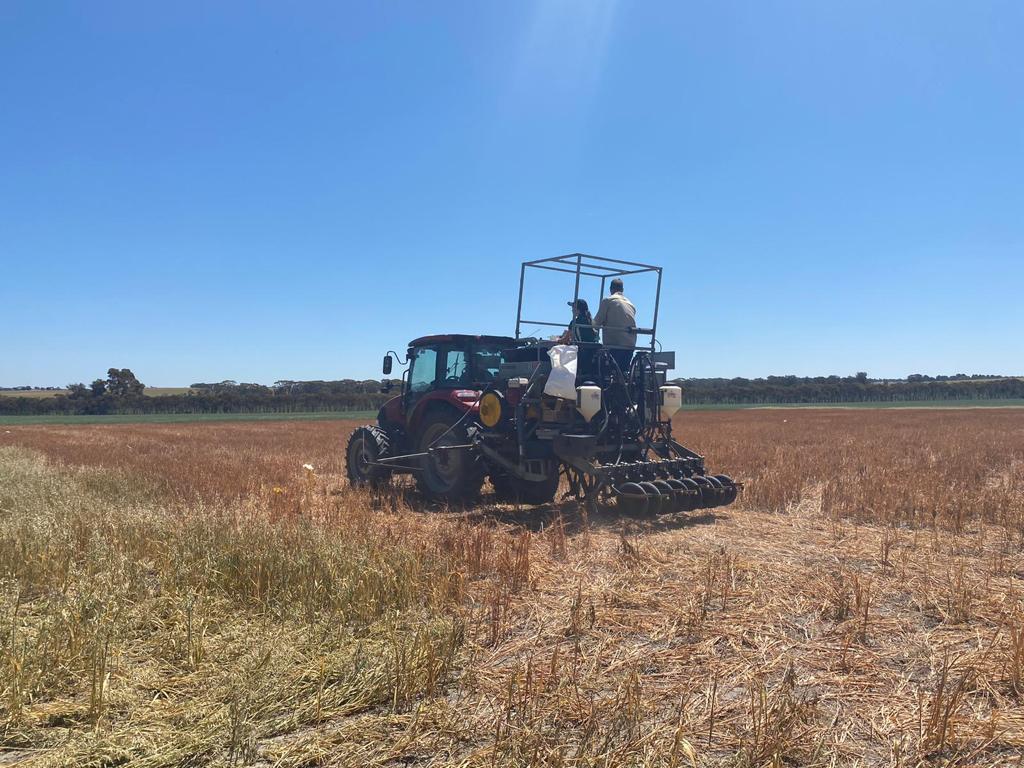 Could new research by Southern Cross University provide the evidence for WA cropping groups to use less chemicals in favour of regenerative practices?

Western Australian cropping systems typically involve a summer fallow kept free of weeds using herbicides due to concerns that the use of stored soil moisture by weeds over summer may impact on growth and yields of winter cash crops.

The trial, led by Southern Cross University’s Dr Terry Rose and The Regenerative Agriculture Alliance in partnership with Facey Group near Wickepin in South West Western Australia will include single and multi-species summer cover crops trials compared to a typical chemical fallow. Both economic and environmental measurements, particularly soil health, will be taken throughout the trial. Without tangible evidence on the economic or environmental benefits of summer cover crops in the low rainfall broadacre farming regions of WA, growers will not adopt these practices, which may be a missed opportunity. Last week, the Facey Group seeded its new Summer Cover Crop project with the intention to compare monoculture versus mixed species cover crops on soil health, moisture and subsequent winter crop grain yield compared to a control and a summer spray-only treatment. The hypothesis is that mixed species mixes will significantly improve soil health and have yield benefits.

Recent well-timed rain should help get the pastures up and running.

The treatments The Facey Group are looking at include monocultures of legumes and cereals – Cowpea, Sunhemp, Millet and Sudan Grass. The mixed species treatments include a homemade millet-lablab mix and the Ballards summer sowing mix which includes varieties such as buckwheat, tillage radish, millet and sunflower.

It is expected that summer cover crops will protect soils from erosion and evaporation, suppress summer weeds, reduce soil compaction and improve structure, enhance water infiltration and water holding capacity, regulate soil temperatures, add organic matter, stimulate microbial activity and add nitrogen and prevent it from leaching. However, growers operating in low-rainfall broadacre farming systems, where summer rainfall is scarce and unreliable, are concerned that the use of stored soil moisture over summer by cover crops may impact the growth and yields of winter cash crops.

The Facey Group thanked the Bird Family for hosting this trial and Ballards for help with seed choices and supply and to Living Farm for seeding the trial site.
Read more about the 8 Research Projects