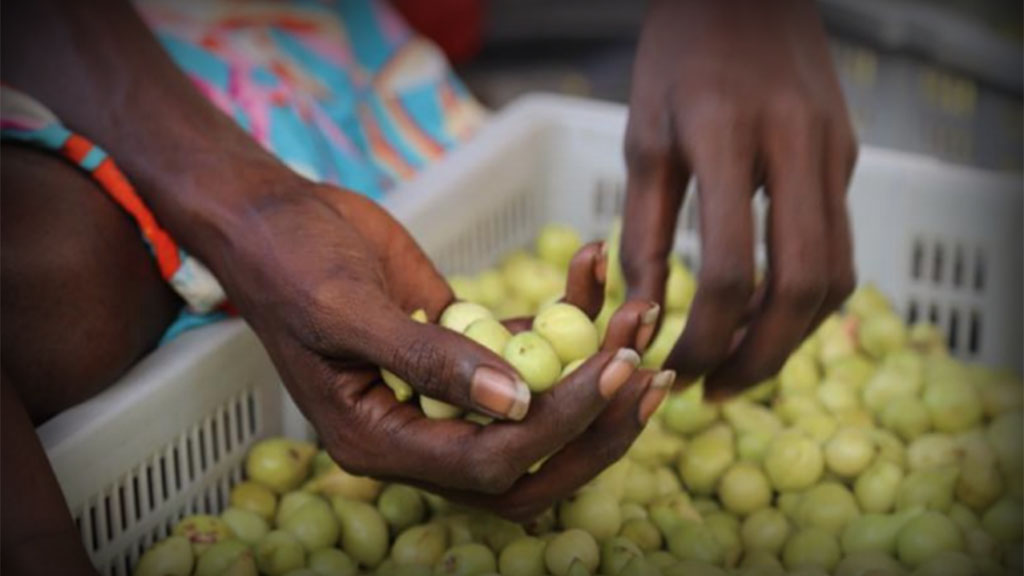 Farming Together (FT) was grateful to receive a letter of appreciation from a participant organisation in the Cooperative Research Centre for Developing Northern Australia (CRCNA) project launched five years ago.

Ann Shanley from Traditional Homeland Enterprises (T.H.E.) a sub-business of Kindred Spirits Enterprises Limited (KSE) was kind enough to share an update on how the project FT helped to get off the ground is still growing and excelling at supplying ethically sourced Australian native botanicals from traditional homeland enterprises in northern Australia, (the Kimberley and Northern Territory).

The CRCNA project aimed to improve processing and storage methods, distribution of Kakadu plum products and provide training in harvesting, manufacturing, and marketing. Some of the potential commercial products being dehydrated products such as in breakfast cereals, energy and health bars, high-fibre products, and bio-active rich extracts for natural preservation.

We want to let you know how we have built on our experiences in the program to build the enterprises, and where we are up to.

You funded Sam Byrne from NSW Co-ops, now the Co-op Federation to run two workshops for us in both Broome and Darwin, about cooperatives and the relevance of the model for Indigenous native botanicals enterprises.

… T.H.E. and QAAFI, (the Queensland Alliance for Food Innovation), attended a Kakadu plum symposium in Broome where the Indigenous partners clearly stated they intended to operate their individual enterprises but wanted to do some activities, like research, together… It was also agreed to support the Indigenous partners to form an Aboriginal owned and led cooperative to assume the role of T.H.E. over time.

A working group is now working with Sam Byrne (Co-op Federation) to develop model rules based on learnings from the past nine years working together, the Farming Together workshops and resources and the grant projects.

Despite the hardships resulting from the COVID pandemic the enterprises are doing well and are enthusiastic to operate the cooperative and generate opportunities to grow their businesses, for example to develop a native botanicals blockchain ledger and to prepare for the Olympics in Brisbane in ten years.

Our experience participating in Farming Together was invaluable and set us on the road for growth and development. Thank you.